“It’s hard to talk years when you live day to day. That’s the thing football has taught me more than anything. Anybody who’s ever tried to make plans with me understands that. If you want to meet me in two weeks for lunch, I’m not making those plans. I live day to day. I’m not going to plan for our playoff game [next weekend] because I don’t know what’s going to happen to me this week. I respect time. I respect life enough not to make those plans … There definitely are aspects of my game that I can’t rely on anymore. I’m not as perky or as bouncy as I was in my early years. [But] the reality of getting old in this game is beautiful to me. The evolution of it. The spiritual struggle behind it. All of that is wonderful and beautiful.”

—Troy Polamalu, who played the final game of his 12th NFL regular season with the Steelers last night, to Ron Cook of the Pittsburgh Post Gazette. At 33, Polamalu has missed 13 games due to injury in the last three years, and this could be his last NFL season.

“It ain’t happened yet, and that’s what intuition is.” – Kanye West

In the 1997 movie The Devil’s Advocate, Al Pacino’s character (aptly named John Milton) asks Keanu Reeves’s character (Kevin Lomax), “Did you know there are more students in law school than lawyers walking the Earth?” With an estimated average of 44,000 students graduating per year, there are six new lawyers battling for every job. In 1971, there was one lawyer for every 572 Americans. By 2000, there was one lawyer for every 264 Americans. The legal sector tripled between 1970 and 1987, but has grown at an average annual inflation-adjusted rate of only 1.2% since 1988. Perhaps the recent drop in law school attendance will improve this ratio (if the demand remains unaffected). How will the “new normal” affect diversity in Biglaw and the legal industry in general? 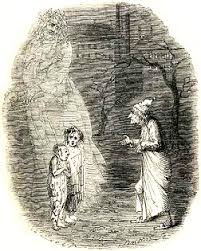 An allegory is an extended metaphor consisting of symbolism and all the elements of a novel. A Christmas Carol, is an allegory that delivers several messages by using characters and scenes. Dickens’ ability to weave messages into the character’s dialogue, attitude, and actions, makes this allegory a masterpiece. Through characters such as Scrooge, Fred, and Ignorance and Want, Dickens creates an extensive allegory which delivers his message to the public.

Scrooge is pictured as a miserly man, even after he changes. Dickens uses Scrooge as the symbol of the wealthy and aristocratic members of society, who are ignorant of the misfortunes of the poor. Dickens goes as far as possible to show how cold and unforgiving, Scrooge is towards the lower class men. Scrooge is said to be so cold that, “No warmth could warm his soul.” Furthermore, Scrooge shows his uncaring attitude toward the poor through the lengthy tirade he gave to the men who asked for a donation to give to the poor. Through his tirade he demonstrates his ignorance and neglect towards the poverty stricken members of society. Using Scrooge, Dickens is able to call for a effective moral change in the wealthy, thus, making Scrooge part of a allegory rather then just being a character in a novella.
–

Charles Dickens brings to life the two traits that man kind will inherit, ignorance of the wealthy and the want of the poor. Metaphorically speaking, Ignorance and Want are the children of mankind. As the children of mankind, they represent the traits that filter through the generations because of the poor quality of life that can not change, because of the negligence of the wealthy. Scrooge, clearly appalled by the condition of the children, asks the spirit if they were his and Scrooge receives the answer, “’They are Man’s,’ said the Spirit, looking down upon them. ‘And they cling to me, appealing from their fathers.
This boy is Ignorance. This girl is Want. Beware them both, and all of their degree, but most of all beware this boy, for on his brow I see that written which is Doom, unless the writing be erased.
–
Deny it!’ cried the Spirit, stretching out its hand towards the city. ‘Slander those who tell it ye! Admit it for your factious purposes, and make it worse! And bide the end!” This quote clearly depicts the message Dickens is trying to deliver to the general public, that the wealthy must change their ways for the betterment of society. This being said, it is evident that Dickens is using this novella to portray his ideas, therefore making it a allegory.Not being part of the upper class, Fred represents the middle class man who is not ignorant to the plight of the poor and embraces Christmas. He in many ways is like Scrooge’s old boss, Fezziwig. They both extend a invitation for Christmas party to all their employees, this simple gesture, brings joy to their workers. With this scene, Dickens is able to exhibit that even though Fred is not rich, he is still able to bring happiness and joy to his fellow workers.
–
Charles 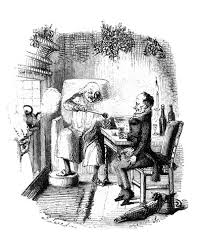 Dickens, using Fred as a Character Foil to Scrooge, clearly displays the difference through attitude and actions. He furthers this point with the argument between Fred and Scrooge, Fred obviously has better arguments against Scrooge, and his presence lightens the atmosphere. Charles Dickens masterfully delivers his message through his well written prose. Time and time again he efficiently delivers his message – that the wealthy must change. Dickens brings Fred into the novel as a model for the upper class and how avaricious and blind they have been. Thus enlightening the aristocratic members of society with this allegory.
–
Allegories have been written throughout the course of history, but none, is more cherished and commemorated than the novella A Christmas Carol. This allegory is cherished because of its simplicity and impact, while it is commemorated for its moral message. The novella is constructed of clever use of characters and expertly inlaid messages, by using characters such as Scrooge, Fred, and Ignorance and Want, as a result, a effectively delivered message and moral change in the wealthy.